The guerrilla graffiti artist Banksy has confirmed that he is the creator of an artwork showing trenchcoat-wearing, sunglass-sporting spies close to the surveillance agency GCHQ.

Dubbed Spy Booth, the image of three spooks equipped with listening devices and surrounding a phone box appeared in April on the corner of two residential streets in Cheltenham, Gloucestershire.

Check out the article here http://www.theguardian.com/artanddesign/2014/jun/10/banksy-creator-spy-booth-wall-art-gchq 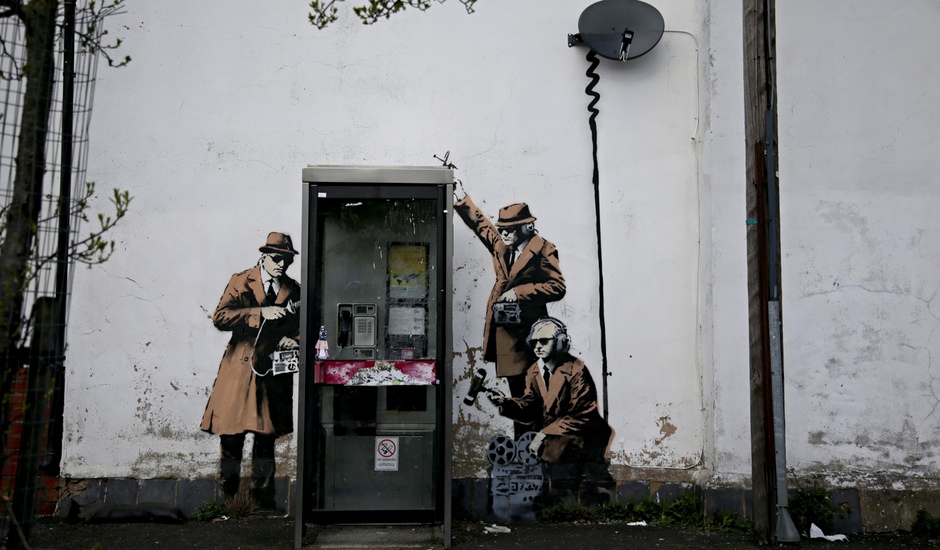 It was suspected that the work was by Banksy, but the artist has confirmed it on the Q&A section of his website. Asked: "Did you paint the spies in Cheltenham?" He replied: "Yes."